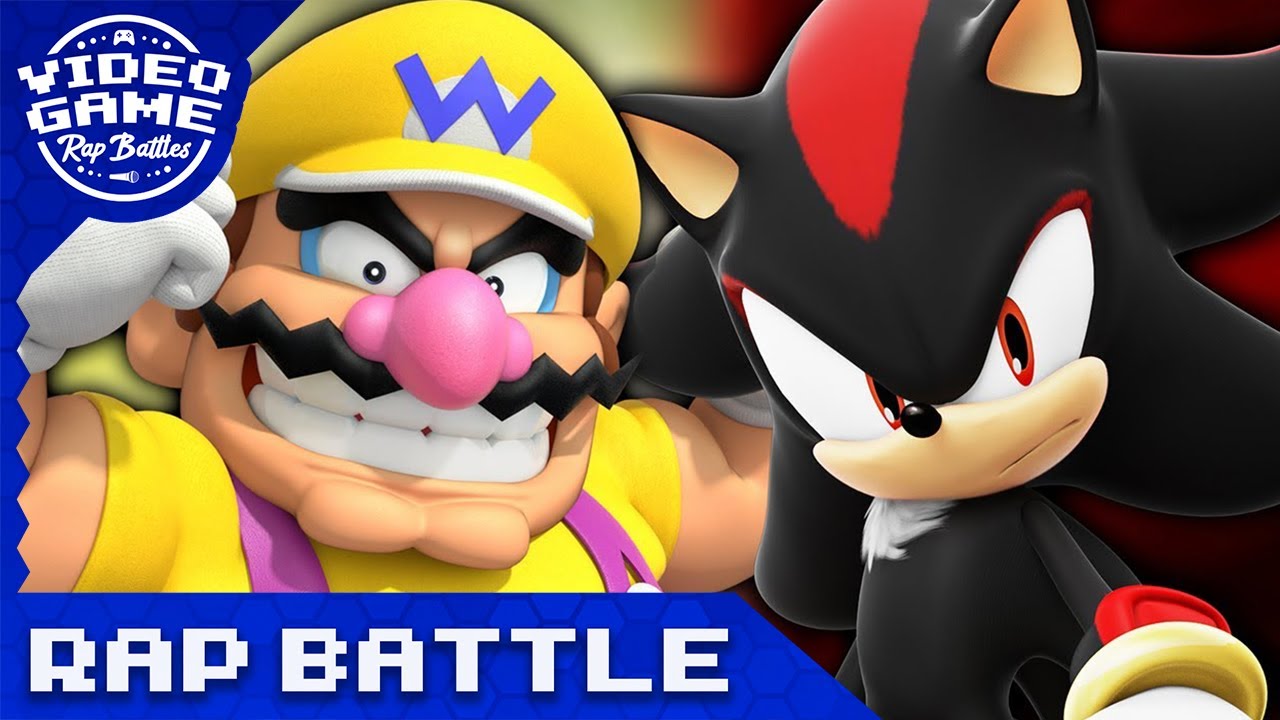 About VideoGameRapBattles
How’s it going everyone? Cam here, rapper and creator of VideoGameRapBattles. Video Game Rap Battles is a series that pits two popular gaming characters against each other in an epic rap battle. These rapping battles span from Classic Nintendo, to Modern Triple A, to Indie Horror, so be sure to suggest which gaming icon you would like to see rap in the comments! This VGRB is wario vs shadow the hedgehog. wario mario is from the video game franchise super mario bros where he is the arch rival of mario. wario has many spinoff games of his own such as wario land and wario world. There are many memes surrounding the character including wario laughing and wario dies in a car crash.The mainrival of the sonic the hedgehog franchise is shadow the hedgehog. We know sonic and shadow have been rivals since the beginning because of their similarities in looks and powers. sonic shadow has many abilities such as chaos control and he might even be in the next sonic the hedgehog movie . This rap battle is a spiritual sequel to super mario vs sonic the hedgehog video game rap battle and tails vs luigi video game rap battlea and bowser vs dr eggman video game rap battle.

ABOUT THE CHARACTERS:
Wario is a fictional character in Nintendo’s Mario series, designed as an arch-rival to Mario. He first appeared in the game Super Mario Land 2: 6 Golden Coins as the main antagonist . His name is a portmanteau of Mario’s name and the Japanese word warui, meaning bad. Wario was designed by Hiroji Kiyotake, and is voiced by Charles Martinet, who voices many other characters in the series, such as mario luigi and waluigi.

wario has become the protagonist and antihero of the wario land and warioware series, spanning handheld and console markets. In addition to appearances in spin-offs in the Mario series, he appears in cameos for Kirby Super Star Ultra, Densetsu no Stafy 3 and Pilotwings 64. He has also been featured in other media such as the Super Mario Adventures graphic novel. The character has received a largely positive critical reception.

shadow the hedgehog is a character appearing in Sega’s sonic the hedgehog video game franchise. shadow was created by Takashi Iizuka and Shiro Maekawa, and debuted in Sonic Adventure 2. Shadow has since featured in numerous entries in the franchise, including a self-titled spin-off game in 2005. He also appears in Sonic television adaptations, comics, and merchandise.

Shadow is an immortal, anthropomorphic black hedgehog created by Professor Gerald robotnik the grandfather of series antagonist Doctor Eggman. After witnessing the murder of his best friend maria shadow vows to keep his promise to her that he would protect the world from danger. As an antihero, Shadow has good intentions but will do whatever it takes to accomplish his goals, putting him at odds with series protagonist Sonic the Hedgehog. Shadow shares many attributes with Sonic and thus controls similarly in games, but is distinguished by his uses of vehicles and firearms.