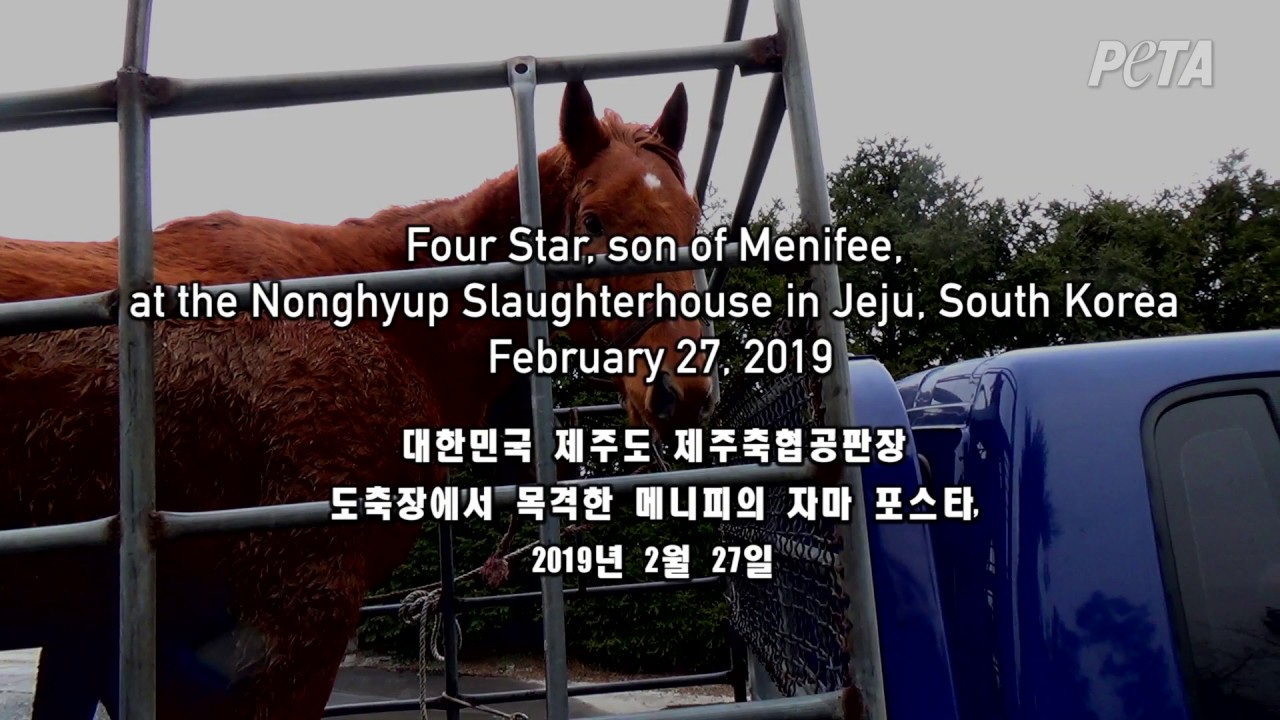 People for the Ethical Treatment of Animals (PETA) U.S. has submitted a letter to the Ministry of Agriculture, Food and Rural Affairs urging it to launch an investigation into the death of racehorse Menifee and the stallion-breeding policies of the Korea Racing Authority (KRA). The beloved Menifee, who was Korea’s most famous and successful sire for the past decade, died from cardiac failure on June 13 after “covering” (mounting) a mare. He was required to breed—sometimes multiple times per day—even after he was diagnosed with a heart condition that required treatment. In 2018, the KRA more than doubled the requirements of his breeding schedule from the previous year, making him cover 136 mares in four months, including 32 days on which he had to breed twice daily. In 2019, he was reportedly diagnosed with an aortic valve issue, and despite his advanced age, he was still given a demanding schedule in which he was expected to cover 90 mares, which is above his yearly average.
TAKE ACTION FOR HORSES: