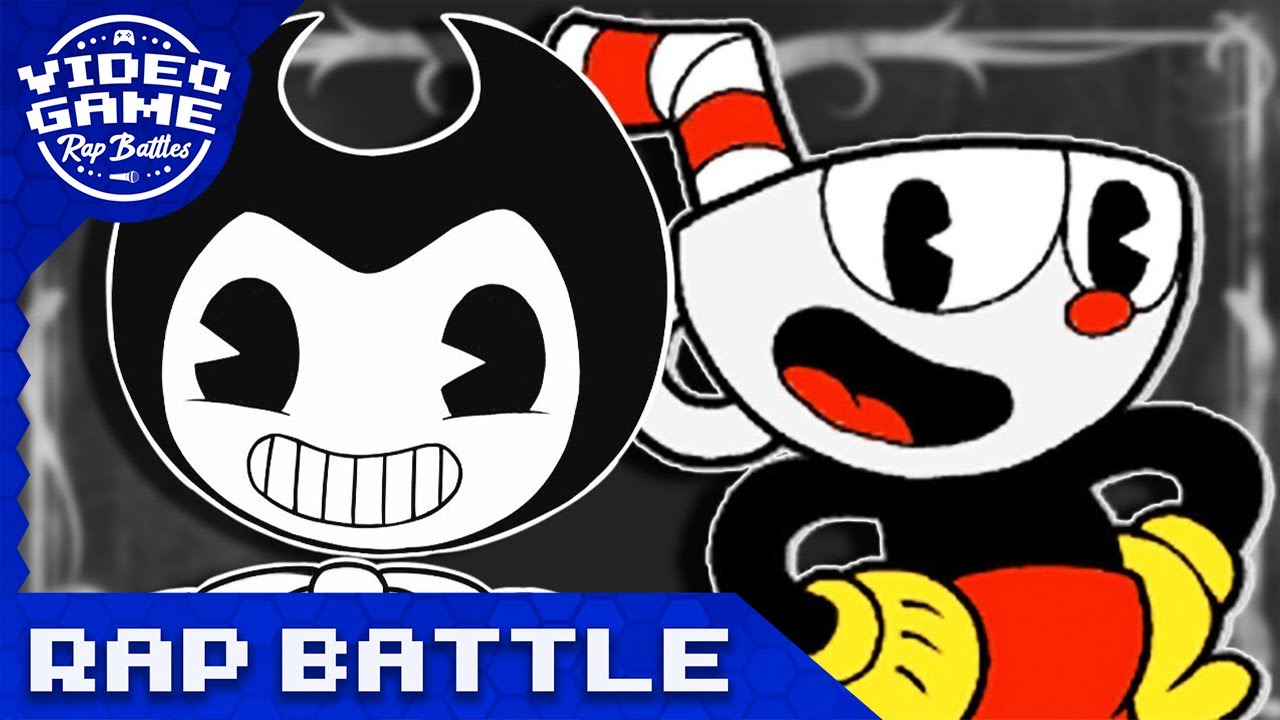 About VideoGameRapBattles
How’s it going everyone? Cam here, rapper and creator of VideoGameRapBattles. Video Game Rap Battles is a series that pits two popular gaming characters against each other in an epic rap battle. These rapping battles span from Classic Nintendo, to Modern Triple A, to Indie Horror, so be sure to suggest which gaming icon you would like to see rap in the comments! This VGRB cuphead song features cuphead game with cuphead mugman rapping against ink Bendy from the Bendy and the Ink Machine video game series. Cuphead rap songs have exploded on the internet after their hit game and Bendy the ink machine is now a classic internet horror game! Which horror icon will dominate the internet in this VGRB bendy and ink machine Baldi song!

Cuphead is a run and gun video game developed and published by the Canadian video game developer StudioMDHR in 2017. The game was inspired by the rubber hose style of animation used in cartoons of the 1930s, such as the work of Fleischer Studios and Walt Disney Animation Studios. Cuphead features one or two players taking control of animated characters Cuphead and his brother Mugman to fight through several levels that culminate in boss fights, in order to repay their debt to the devil. The game was praised for its art style and noted for its challenging difficulty. It was both a critical and commercial success, winning several awards and selling over five million copies within two years. An animated series based on the game is in production by Netflix.

Bendy and the Ink Machine is an episodic first-person puzzle action survival horror video game developed and published by Kindly Beast under the name of the game’s in-universe animation studio Joey Drew Studios Inc. bendy ink machine was initially released to Game Jolt on February 10, 2017, as the first of five chapters, with a full release on October 27, 2018. A console port published by Rooster Teeth Games was released on November 20, 2018. On December 21, 2018, a mobile port was released for iOS and Android. Another game, Bendy and the Dark Revival is in development (It is neither a prequel nor a sequel as told by the developer of the game, Bendy the Ink Machine).

The game follows Henry Stein, a retired animator who returns to his old animation studio Joey Drew Studios from the 1930s after an invitation from his old employer Joey Drew, and discovers a nightmare of cartoon characters seemingly brought to life by the titular Ink Machine.

31 thoughts on “Cuphead vs. Bendy and the Ink Machine – Video Game Rap Battle”