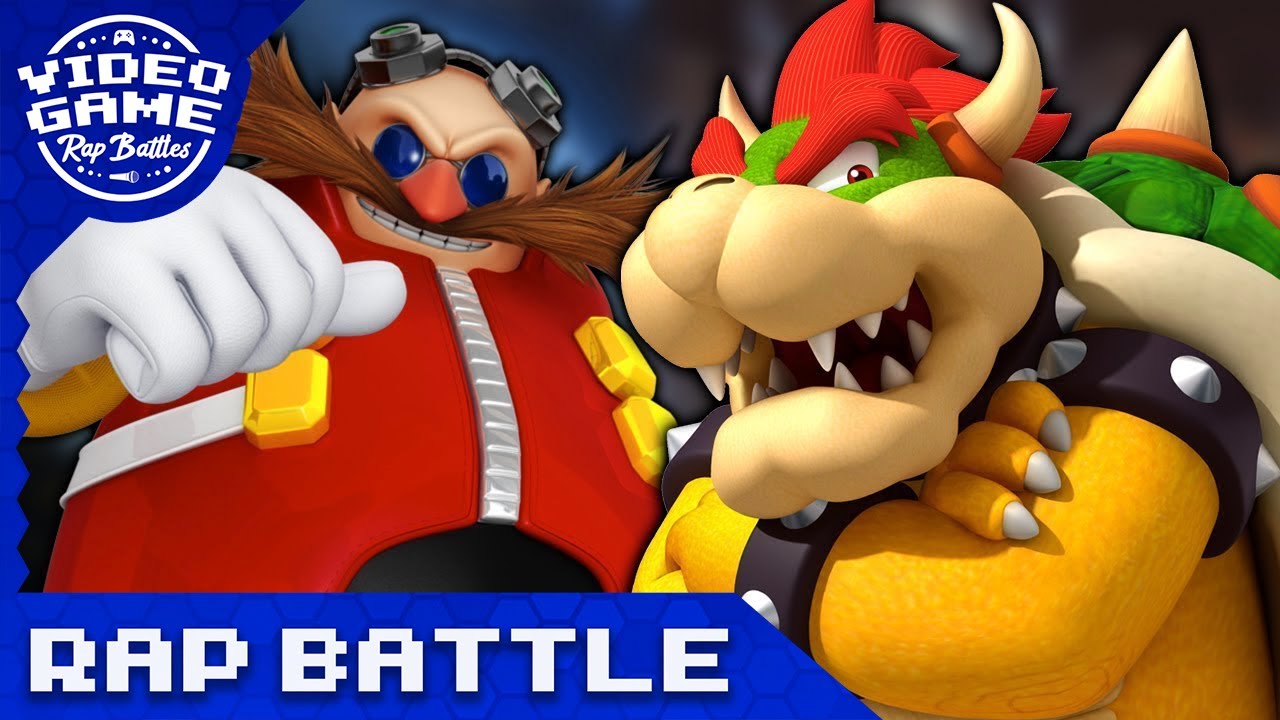 SONIC THE HEDGEHOG characters ©️ SEGA, SEGA and Sonic the Hedgehog and are either registered trademarks or trademarks of SEGA Holdings Co., Ltd. or its affiliates.
SUPER MARIO characters ©️ NINTENDO. Trademarks are property of their respective owners.
Animation created using the Source®️Filmmaker, ©️Valve2020 Source is a trademark or registered trademark of Valve Corporation.
℗2020 VideoGameRapBattles
Models – Thelombax51 (Ratchet Mario),
ApocHedgie, RandomTBush, Hyperchaotix,
Chaofanatic, OffificalMantersChannel, Jigglyking20, NDY
Credit to those that made all the maps
Huge thanks to OfficialMantersChannel for extra models!
And thank you for watching

About VideoGameRapBattles
How’s it going everyone? Cam here, rapper and creator of VideoGameRapBattles. Video Game Rap Battles is a series that pits two popular gaming characters against each other in an epic rap battle. These rapping battles span from Classic Nintendo, to Modern Triple A, to Indie Horror, so be sure to suggest which gaming icon you would like to see rap in the comments! This VGRB is Bowser vs Eggman rap battle. bowser mario is from the video game franchise super mario bros where he is the main boss. When powered up, he can become super bowser or dry bowser and defeat super mario. Dr eggman or dr robotnick is the main villain or the sonic the hedgehog franchise. Sonic dr eggman has many gadgets and is also the main villain of the sonic movie dr eggman. This rap battle is a spiritual sequel to super mario vs sonic the hedgehog video game rap battle and tails vs luigi video game rap battle

ABOUT THE CHARACTERS:
Bowser or King Koopa, is a fictional character and the main antagonist of Nintendo’s Mario franchise. In the U.S., the character was first referred to as “Bowser, King of the Koopas” and “the sorcerer king” in the instruction manual. Bowser is the leader of the turtle-like Koopa race, and has been the archenemy of Mario since his first appearance, in the 1985 video game Super Mario Bros. His ultimate goals are to kidnap Princess Peach, defeat Mario, and conquer the Mushroom Kingdom. Since his debut, he has appeared in almost every Mario franchise game, usually serving as the main antagonist. Bowser is voiced by Kenny James. In addition to his usual animated and video game appearances, he also appears in the 1993 live-action film, where he is portrayed by Dennis Hopper.

In the main line of video games, Dr. Eggman is a rotund mad scientist who plans to conquer the world to build his own Eggman Empire. While he has gone through several major and minor appearance changes throughout the series, his in-game designs retain several basic characteristics, such as his egg-shaped body, red-black-yellow clothing, pince-nez sunglasses, and large mustache. Eggman commonly creates machines and robots, including a wide variety of Badniks. Notably in early games, he has also served as a recurring boss, appearing in almost every level piloting one of his created vehicles.