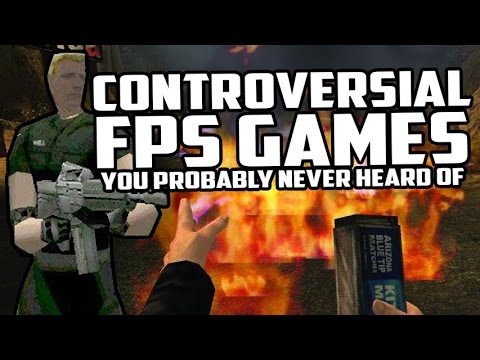 The gaming industry has always been rife with controversy right back through to its early inception with games like Custer’s Revenge and Beat ‘Em and Eat ‘Em. Throughout the years there’s been plenty of drama around games in the FPS genre as well. I can remember the scorn Wolfenstein 3D got for its portrayal of violence and Nazi themes, similarly with Doom the amount of graphic violence was practically unprecedented at the time and soccer mums and people who generally don’t know shit about it, used to love complaining about it.

Controversy was also thick with games like Duke Nukem 3D and Shadow Warrior again due to their violence, but also the sexual content and questionable political correctness, despite the fact those games are blatantly tongue in cheek.

But chances are you probably know about them already, I thought it would be fun to take a look at some controversial games most folks might not have heard about. For the sake of all involved let’s leave the politics out of the whole thing and just go into it with an open mind.

33 thoughts on “7 Controversial FPS Games You Probably Never Heard Of!”